The balance of scientific evidence is clear: the more whole, plant-based foods we enjoy, the better our health. The root cause of most modern illnesses, such as heart disease, diabetes and obesity is poor nutrition. Also, in an era of viral pandemics it is crucial, now more than ever, to strengthen our body’s immune system defenses. The best way to do that is through food that nourishes your body and mind.

Whether you’re interested in fully transitioning to a whole foods plant-based diet or you just want to learn more, I can help! Even small changes can make a big impact.

What’s the difference between:

A WFPB diet is defined by what it includes: whole plant-based foods such as vegetables + fruits, whole grains, beans + legumes, nuts + seeds and herbs + spices.

Whole foods are foods that come in Nature’s packages; foods in a form as close as possible to how they are found in Nature. For example, you can find an apple on a tree but not a donut…whole food versus processed food.

There could be varying forms of WFPB diets. The main principal is to either minimize or eliminate altogether animal-based foods (such as meat, dairy, eggs and fish), processed foods and added oils.

Vegan and vegetarian diets are defined by what they exclude. Vegan diets exclude the use of all animal-based products (such as meat, dairy, eggs and fish). Vegetarian diets mainly refer to not eating animal flesh and there are different forms based on which products one excludes.  With vegan and vegetarian diets, there is no obvious emphasis on whole foods and thus vegan or vegetarian foods may not necessarily be healthy. For example, a vegan donut is still a donut.

At the end of the day, diet titles are required to have a meaningful conversation about health and food, but they can also be divisive. I use these titles to define patterns of eating, not to define people (unless they want to be defined that way). Food never has to be, nor should be, an “all or nothing” dilemma. 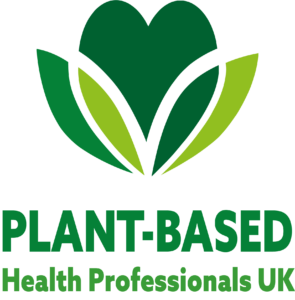